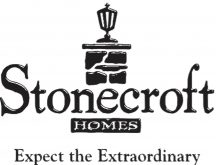 How did the "Georgian Home" get its name?

How did the “Georgian Home” get it’s name?   Sorry to inform those Gone With the Wind fans out there.  Albeit set in Georgia, Tara, the infamous home on the O’Hara Plantation isn’t the reason.  However, a fun fact about Twelve Oaks (its real name) is on the this National Historic Register and considered to be one of the best examples of “Antebellum” architecture.  The Georgian finds its roots further back than the movies release.

Going back in your time machine to the time period of 1714 to 1830 in England you would find that the four monarchs who ruled England over this time were all named George.  So… it was during this period, the English master architects of Inigo Jones, Christopher Wren and James Gibbs decided to create their version of Renaissance architecture for the British people. All three of these men were moved by the symmetry and beauty of Renaissance architecture.

The most notable feature of these Georgian homes boasted wonderful symmetry, whether they were small cottages or sprawling estates. Windows displayed multiple panes, standing to attention across the front of the house. Sometimes they were flanked at the corners with decorative quoins. The front door was usually found at the center of the home and and surrounded by side-light windows and columns.  Learn more about Georgian Architecture.